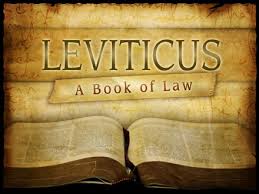 Vindication is sometimes bittersweet. A few weeks back I wrote about the growing threat of Right Wing ideological extremism in the United States. Today, an article on a group called the Conservative Republicans of Texas grants sad credence to the views I outlined in that piece.

Apparently, these nuts think a satirical article written in the late 1980s is a kind of gay manifesto, outlining a plan for gay world domination. According to these lunatics – who, I’m deeply chagrined to say, are members of the voting populace and probably own firearms – the American LGBT community won’t rest until every man and boy has been sodomized.

This is grossly disappointing stuff, and in a sense it’s difficult to take seriously. These are, after all, adults in a first world nation. I imagine the majority of these people at least have a high school education, and many of them have probably been to college. Yet they espouse views that might be politely called outlandish, but should be more appropriately categorized as viciously reprehensible.

These people do not have the political bargaining power to achieve their extremist agenda through peaceful means. I don’t think it’s a stretch – given the violent rhetoric employed by members of the Conservative Republicans of Texas and groups like them – to suspect they might be capable of lashing out violently. Society has moved beyond their antediluvian, knuckle-dragging worldview. How long before the realization that the civilized world has left them in its wake, and the associated feelings of disenfranchisement that realization engenders, stimulates a bloody tantrum?