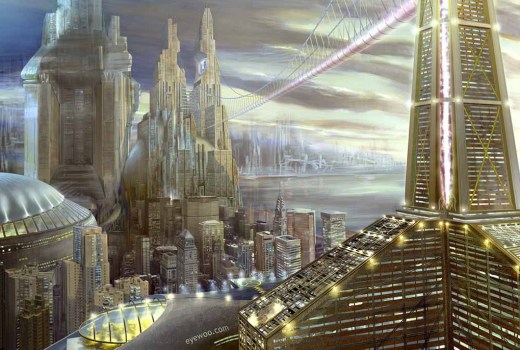 Writing rebuttals to the random thoughts that emerge from Neil deGrasse Tyson’s twitter feed has become something of a cottage industry of late. He appears to make a game of trying to cram profundity into 140 characters. The results might be generously described as mixed. His most recent misfire came in the form of a proposal to build a virtual nation called “Rationalia”, where all policy decisions are adjudicated by evidence.

In response, sociologist Jeffrey Guhin entered the ‘rebut Tyson’s twitter feed’ industry with a perversely ill-conceived takedown. The flaws with Tyson’s reasoning are rather elementary and simple to articulate. Brass tacks, a nation in which policy was dictated by the weight of evidence wouldn’t be able to make much policy. While it’s hard to think of an issue where evidence is entirely immaterial, there are plenty of issues where the weight of that evidence is far less than decisive. Choices about what kinds of policy to enact on issues like abortion, capital punishment, and resource redistribution can and should be informed by evidence, but they are ultimately decided by the ceaseless competition among changing value systems.

It’s clear that Guhin has some sense of this, but instead of driving the point home, he turns to an attack on the entire process of scientific discovery and the veracity of the results it yields.  In doing so, he reveals an embarrassing misunderstanding of the way science works and the reasons for which it is granted special credence as a knowledge-gaining activity. Indeed, it’s difficult to read Guhin’s piece without coming away with the impression that he literally does not understand science at all.

Guhin’s primary gripe with science seems to be that scientists are people and, like all other people, they are driven by irrational impulses and blinkered by unexamined prejudices. This is an extraordinarily mundane observation, but it has long provided fodder for assaults on science from people in across the “other ways of knowing” spectrum, from eastern spiritualists to vehement anti-vaxxers. In terms of originality and impact, it might fit somewhere between the observation that rocks tend to be hard and you’ll die if you don’t eat.

The fact that scientists can be just as biased and irrational as anyone else is precisely why science, as a process, eschews appeals to authority. General relativity isn’t considered a powerful scientific theory because the man who came up with it, Albert Einstein, was a well-respected scientist. It’s considered powerful because its predictions match observable reality with incredible precision. Other scientists checked Einstein’s work, making observations and performing experiments to test how closely it aligned with reality. Their results indicated that general relativity is an immensely successful explanatory framework.

This is the feature of science that Guhin really overlooks. Much of the rationality of science emerges from the structure of scientific communities. Guhin’s ignorance of this fundamental point suggests he spends more time cataloging the perceived moral infractions of science than actually thinking about how science works. Myriad researchers compete and cooperate with one another in the shared pursuit of new knowledge. Though any individual scientist might be blind to the flaws of her experimental methods or pet hypotheses, plenty of her peers will gladly assist her in uncovering every point of error. The community structure of science serves as a course-corrective for the subjective biases, irrationality, and dogmatism exhibited by any of its individual constituents.

So when Guhin points to social Darwinism and phrenology as scientific failures, he neglects to mention that their eventual dismissal is a clear indication that the process of scientific discovery works just fine. Those ideas fell out of favor because the cold arbitration of observable reality, in concert with the relentless scrutiny of peer review, found them wanting. Recognizing that they didn’t do any explanatory work, scientists cast those ideas aside, where they joined the colossal dust-heap of failed scientific ideas.

As Guhin rightly suggests, the history of science is, more than anything else, a story of failure. In the long run, most scientific ideas turn out to be wrong in some way or other. Many just need to be tweaked, but others are discarded outright. Usually the results are pretty innocuous. J.J. Becher’s phlogiston theory of combustion never hurt anybody, nor did Joseph Priestly’s recalcitrant defense of it.

Indeed, almost all of the failures Guhin seeks to cast as instances where science grossly violated the bounds of human ethics are really nothing of the sort. Hitler’s Third Reich and Stalinist Russia labored to present a veneer of scientific credibility, but never really exhibited anything of the sort. Both were expressions of state religion, where ideological fundamentalism and political fanaticism actively stifled scientific research and trampled many of the values most esteemed in science. Other sins Guhin tries to pin on science, like scientific Marxism, were dismissed decades ago because they were never really scientific in the first place.

It’s absolutely critical to remember that every time a scientific idea has turned out wrong, it has been a scientist or a community of scientists that discovered its faults. More importantly, in the quest to understand the nature of reality – to construct reliable explanations of how the real world actually functions – science is the only thing that has ever worked. Measured against its litany of failures, the halls of successful scientific explanations can seem rather sparsely populated. But science is also the only process capable of landing a robot on a comet and building enormously sophisticated pocket computers. It’s the only source to turn to when you want to explain the structure of the recurrent laryngeal nerve in a giraffe or pluck information about the origins of the cosmos from data on the temperature of empty space and the Doppler shift of distant galaxies. It’s the only method for identifying the causal linkages between patterns of global climate change and human behavior. It’s the only tool for uncovering the causes of diseases and successful methods for treating them. With the right kind of belligerent myopia, it’s easy forget that all these things are the product of science. Though it might only do so rarely, science is literally the only method for uncovering truths that transcend the boundaries of language and culture.

Given all this, it might be possible to see a nugget of truth beneath Tyson’s otherwise unrefined suggestion. It points to a more modest claim: that in any decision-making process where scientific evidence can be brought to bear, that evidence absolutely should be granted special emphasis. It’s not that values don’t have a role to play. It’s that values independent of reason and evidence are a recipe for unmitigated disaster.