I wrote a new thing for Areo Magazine. Here are some excerpts:

Science is first and foremost a cultural phenomenon. Individual scientists are riddled with biases and blind spots. Their views are subtly influenced by their sociopolitical contexts. The scope of their thought and investigation is substantially curtailed by the limits of extant knowledge and technology, some of which might well be faulty. But science is also a structured in a way that imbues it with peculiar properties. It can produce mistakes, but, to a degree unmatched by any other discipline, it is uniquely designed to identify those mistakes. Though imperfect, science is—by a considerable margin—the most powerful knowledge-gaining mechanism humans have ever devised.

But, even with a theory like general relativity, whose predictions have been tested and confirmed countless times, scientists still don’t claim to have discovered the final, unimpeachable description of space and time. In fact, most physicists will probably tell you that, at very vast or very tiny scales, the physics of general relativity is useless, if not entirely wrong. General relativity is one of the most successful theoretical frameworks ever devised, but it is not true beyond all doubt. There’s more reason to be confident in general relativity than there is to be confident about any of the comforting assumptions we use to get through the day—my spouse loves me, my job is secure, I’ll see my family again in the evening—but, in the strictest sense, it is not true beyond doubt.

Because postmodernists reject the idea of a final arbiter, such as a universally accessible and ultimately knowable reality against which claims can be evaluated, when postmodernists ask themselves are you sure? they can never really know the answer. Postmodernism lacks an anchor point for error correction. As a result, it is fundamentally illegitimate—and ultimately pointless—as an intellectual enterprise. It is, at best, a self-perpetuating indulgence, ostensibly doing the work scientific disciplines naturally do on their own.

In repudiating the notion that truths are fixed for eternity, postmodernism denies itself the capacity to course correct. Its students may pay lip service to the crude notion that some truths are better than others. But, without recourse to something universal and knowable outside their individual and social contexts, they’ll never be able to tell which truths those are.

As always, I encourage you to read the full piece here. And take some time to explore Areo, because they publish a lot of other interesting and insightful stuff. 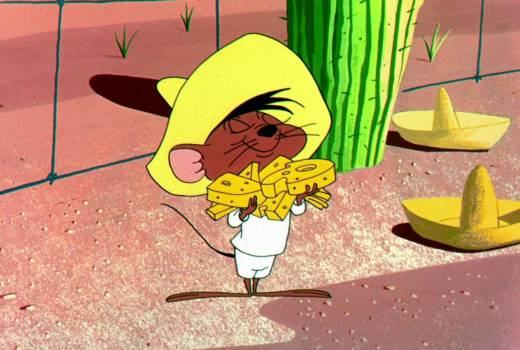 This one is hosted over at Areo Magazine. Here’s a taste:

Cultural appropriation. The term alone leaves many people primed for offense. Unfortunately, as a tool for policing behavior, the concept makes little sense. It implies that extant cultural differences are precious and worth preserving at great cost; that cultural artifacts can be owned; that the bounds of ownership break cleanly along racial lines; and that the value of minority cultures is somehow contingent upon how members of dominant cultures treat them. The first claim is clumsy and misguided—an understanding of culture reveals the latter two to be both false and pernicious. After a quick appraisal of the current sociopolitical landscape, I will explain how a scientific understanding of culture and basic human biology drains cultural appropriation of its coherence, while a sufficiently broad survey of human history renders it petty and parochial.

For more, check out Stop Stigmatizing Cultural Appropriations. And poke around a bit while you’re over there. Lots of interesting stuff at Areo. 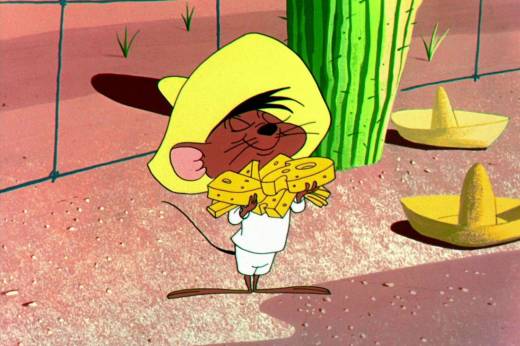 Does this weird, anthropomorphized rodent diminish an entire culture? Would a mouse so fond of cheese rapidly develop cardiovascular problems? What would his (hers? its?) dopamine reaction curve look like anticipating cheese versus consuming it? Are misused sombreros an act of violence? So many questions. So few answers. 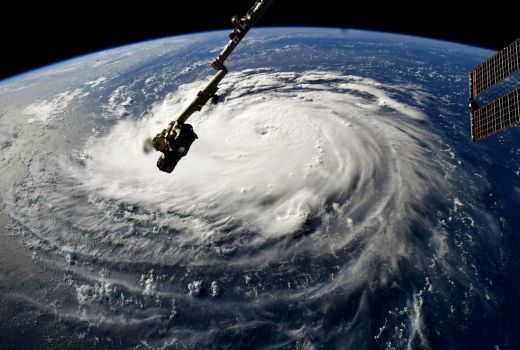 An aide walks into a Republican Senator’s office. She has just finished a report on climate change and is giving the Senator a brief summary of her findings:

Aide: If we continue to burn fossil fuels, there’s a good chance we’ll cause significant ecological, political, and economic disruption. It could get very bad.

S: Okay. Let’s keep burning fossil fuels. Otherwise, some people won’t make as much money on their investments and others might need to find new jobs.

A: Well, if we keep burning them the changes in our climate could be extremely difficult to cope with. Entire species could go extinct. Storms and droughts and wildfires will worsen and become more frequent. Millions of people could be displaced, in which case tens of thousands will surely die. Likely more. Sea levels could rise and inundate hundreds of billions of dollars in property and infrastructure. Maybe trillions. Conditions will be ripe for civil unrest, even war.

END_OF_DOCUMENT_TOKEN_TO_BE_REPLACED 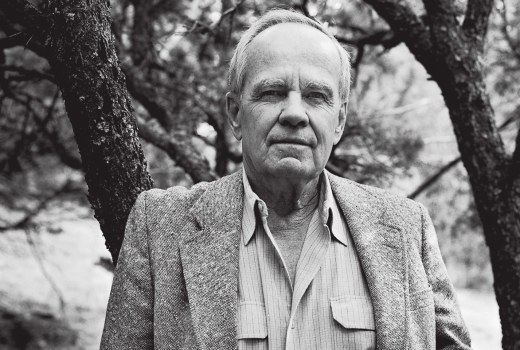 Here’s an old but interesting bit of news. A few months back Cormac McCarthy wrote an article for Nautilus on the nature of human language. It was a largely speculative, rangy piece, enjoyable and thought-provoking in its own way. A few months later he wrote another article addressing some of the criticisms spawned by the original.

McCarthy’s most interesting claim is also his most misguided. He argues that language is an invention of humans, rather than the cold, reductive calculus of biological evolution. This is true, insofar as we are concerned with the specific forms of language and the representational significance of individual words. It seems very unlikely, however, that it is true of the capacity for language itself.

END_OF_DOCUMENT_TOKEN_TO_BE_REPLACED 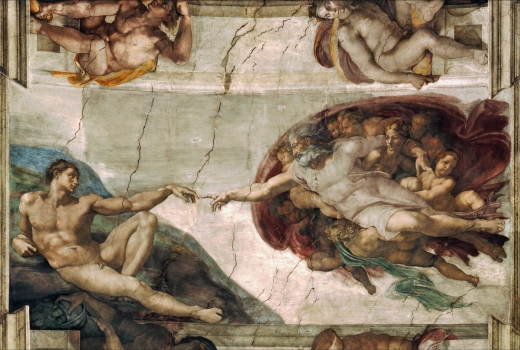 I once worked part time at a small local library. My first temptation would have been to describe myself as an “accidental” librarian, but that’s a bit misleading. I didn’t get the job by accident. A better description might have been “reluctant” librarian. I got the job on purpose, to float me through the final year of my graduate studies after I was unexpectedly left adrift without a research assistantship.

My duties at the library included the management of books catalogued and shelved among the 500s – “pure science”, according to the Dewey system. My professional and educational background is in science (not pure science, per se, but the peculiar nexus of science and humanities occupied by archaeology) so I approached this assignment with more than a little enthusiasm. It was a good excuse to indulge in a bit of healthy intellectual promiscuity, diving into topics outside the parochial confines of my native discipline.

It is with this background in mind that I ask you to consider my surprise (and chagrin) when, shelf-reading the 570s, I noticed a book by the name of Darwin’s Doubt. For the unfamiliar, Darwin’s Doubt is a 2013 book by a fellow named Stephen Meyer, advocating the position that certain features of the biological world are inexplicable absent the intervention of some kind of intelligent designer. In particular, Meyer argues that the Cambrian Explosion – a massive flourishing of multicellular life that witnessed the emergence of the majority of currently recognized animal phyla – doesn’t make sense when viewed through the lens of modern evolutionary theory. A better explanation, in Meyer’s view, is that the Cambrian Explosion is the work of some unspecified and generally invisible cosmic engineer.

END_OF_DOCUMENT_TOKEN_TO_BE_REPLACED

There are a lot of ways to define science. The broadest might characterize it as a systematic process for uncovering facts or explanations about the way the world works. From there, individual scientists sometimes differ over the exact features that distinguish science from other enterprises, but they all tend to accept the basic proposition that it is an empirical enterprise. The degree of agreement between theory and observation is what ultimately decides whether a scientific idea offers a good or bad explanation of natural phenomena.

Both ideas have their weaknesses. In The Big Picture, Sean Carroll introduces the concept of poetic naturalism as a way of getting around them. Poetic naturalism (PE) grants breathing room for concepts that don’t necessarily relate to the steely, unforgiving rudiments of physical reality. It is traditional naturalism’s less conservative, more ecumenical progeny.  PE grants room for higher order concepts like consciousness and protons in a world populated by more fundamental stuff. It even allows room for the “supernatural”, so long as it produces some measurable effect and offers some explanatory merit.