I’ve pounded the keys exhaustively over the issue of the postmodern left’s petty, censorious crusade to sanitize discourse. But lest we forget, an opportunistic relationship to free speech is a bipartisan issue. Case in point: the recently christened “Professor Watchlist”, where concerned college students can report their instructors for “liberal bias”. This is a frankly absurd initiative, with more than a few ominous undertones. I’m no historian, but I can’t think of an example of anything good ever coming from putting academics on a watchlist. It’s a campaign that reeks of deep, authoritarian impulses.

In any event, the sheer ridiculousness of the Professor Watchlist calls for mockery. To that end, I went ahead and submitted a few particularly egregious offenders: 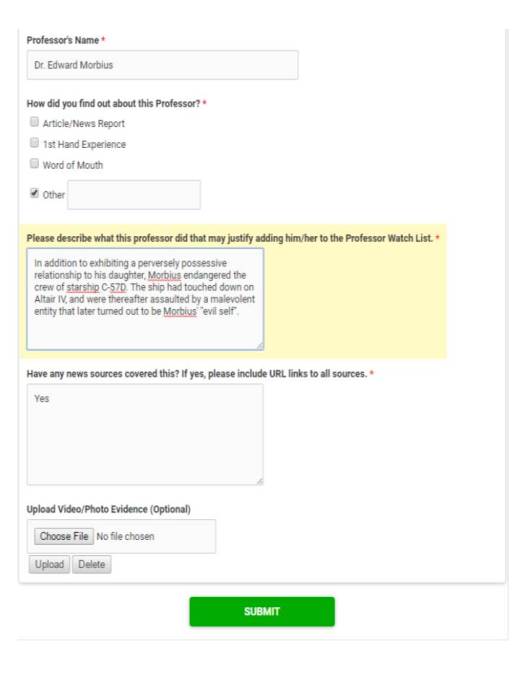 If you’re aware of any similarly subversive pinkos, feel free to submit a tip to the Professor Watchlist.